RAK Properties recently awarded the Al Nuaimi Group with the construction and maintenance contract for the Flamingo Villas project. Under the terms of the contract, the company will carry out the construction, completion and maintenance of the project’s 124 waterfront villa units and will also supervise the infrastructure works development for the Precinct 12 area of the Mina Al Arab project.

Mohammed Sultan Al Qadi, CEO, RAK Properties, said, “We are very happy to note that construction for our flagship development project, Flamingo Villas, has now started. We remain highly confident that the Al Nuaimi Group, which is known as one of the best construction and development companies in the Middle East, will be able to complete and handover the project on

or before the set deadline. Once completed, Flamingo Villas will definitely be a key attraction for the emirate—strengthening Ras Al Khaimah’s position as a premier residential destination in the UAE.”

The announcement of the Flamingo Villas project at last year’s edition of Cityscape Global generated an overwhelming response, which prompted RAK Properties to increase the number of planned villas for the project. Hailed as a landmark development undertaking for the emirate, the Flamingo Villas project is a series of villas overlooking the Arabian Gulf and the Mina Al Arab Lagoon. Each unit will present owners with a spectacular sea view of the RAK coastline along with a wide range of amenities like separate swimming pools for adults and children, play area with different play equipment, a multipurpose court and wider green turf areas. The project falls in line with the high standard of living in Mina Al Arab and clearly reflects the RAK Properties motto of ‘Living closer to nature.’

In addition, the Mina Al Arab is a new waterfront community in RAK where lush landscaping, protected coastal wetlands and natural pristine beaches come together with homes, hotels and world-class amenities to shape a vacation experience that you would be delighted to call home.

“Today’s groundbreaking ceremony not only reflects the vibrancy of the UAE’s real estate segment but places Ras Al Khaimah one step further in its efforts to become a highly preferred business and residential haven. Rest assured, we are fully committed in executing this project with our key strengths of high attention to detail, long years of experience and world class craftsmanship and we intend to deliver this project on time, as scheduled,” concluded Abdullah Ahmed Rashid Al Nuaimi, Chairman, Al Nuaimi Group. 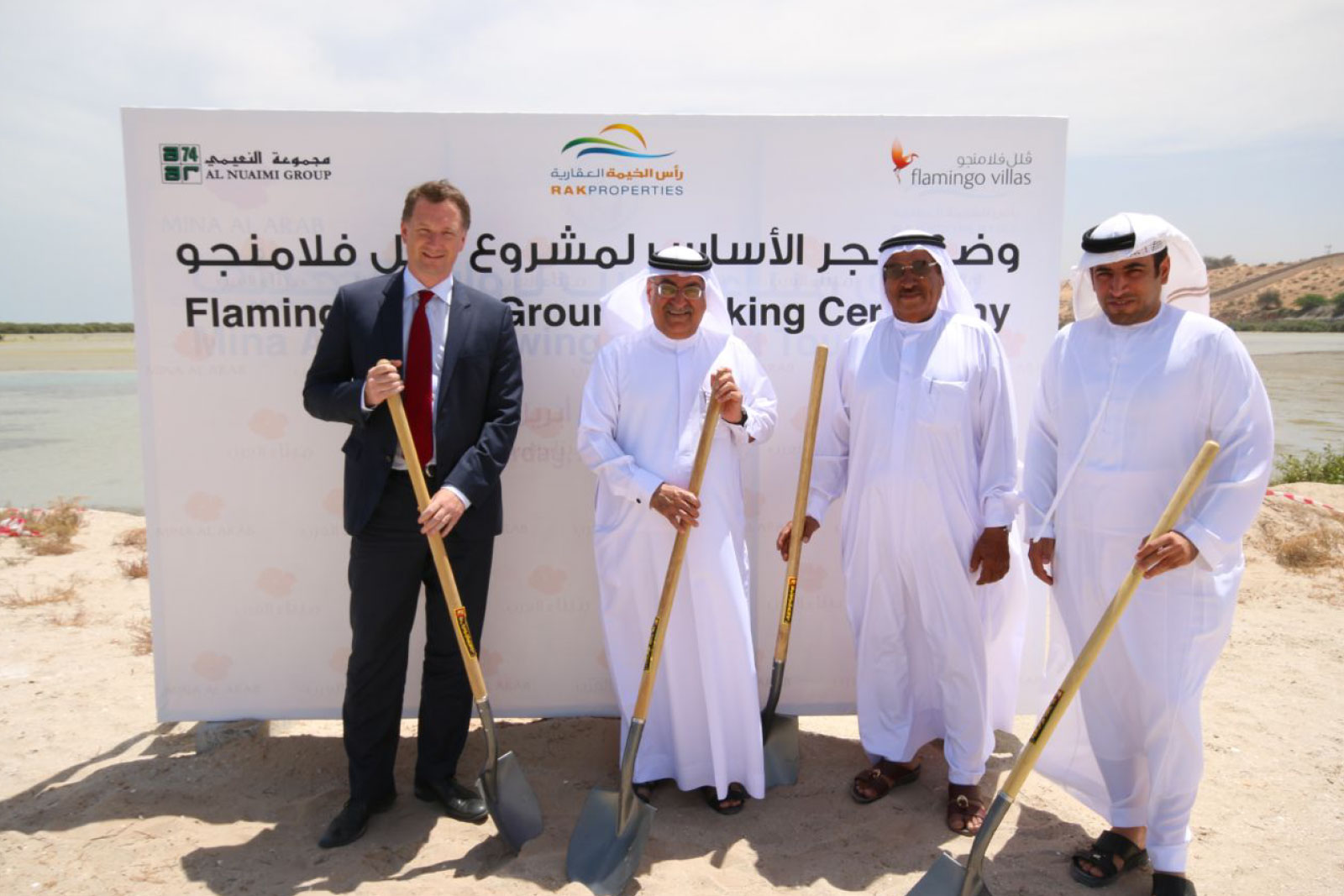