As part of the nationwide celebration of the UAE Flag Day, Rak Properties PJSC, the leading real estate developer in Ras Al Khaimah, received the UAE flag from the Ministry of Culture and Knowledge Development’s Centre in Ras Al Khaimah. The Ministry organised an initiative themed “Flag Tour” to deliver the flag to the government entities on this occasion, in the participation of school students, members of society, social figures and social media celebrities.

Mr. Mohammed Sultan Al Qadi, Managing Director and CEO of RAK Properties said: “We are thrilled with the initiative of the Ministry of Culture and Knowledge Development in Ras Al Khaimah to celebrate the UAE Flag Day, which falls on the 3rd of November to commemorate the accession of our President His Highness Sheikh Khalifa bin Zayed Al Nahyan”..
He added: “We recall with pride when His Highness Sheikh Mohammed bin Rashid Al Maktoum, Vice President and Prime Minister of the UAE and Ruler of Dubai, announced, in 2013, the Flag Day to commemorate the anniversary of the accession of President His Highness Sheikh Khalifa bin Zayed Al Nahyan. It is a great national occasion, during which we reaffirm our loyalty and tribute to the wise leadership”.
Mr. Mohammed Al Tair, Chief Operating Officer stated that the initiative reflects the depth of commitment and collaboration among government agencies to make joint efforts and demonstrate the highest level of loyalty and belonging to the nation and the wise leadership.
Al Tair concluded: “The Flag Day is a dear national occasion that reflects the feeling of unity, peace, respect and solidarity among citizens and promotes the sense of belonging to the nation”. 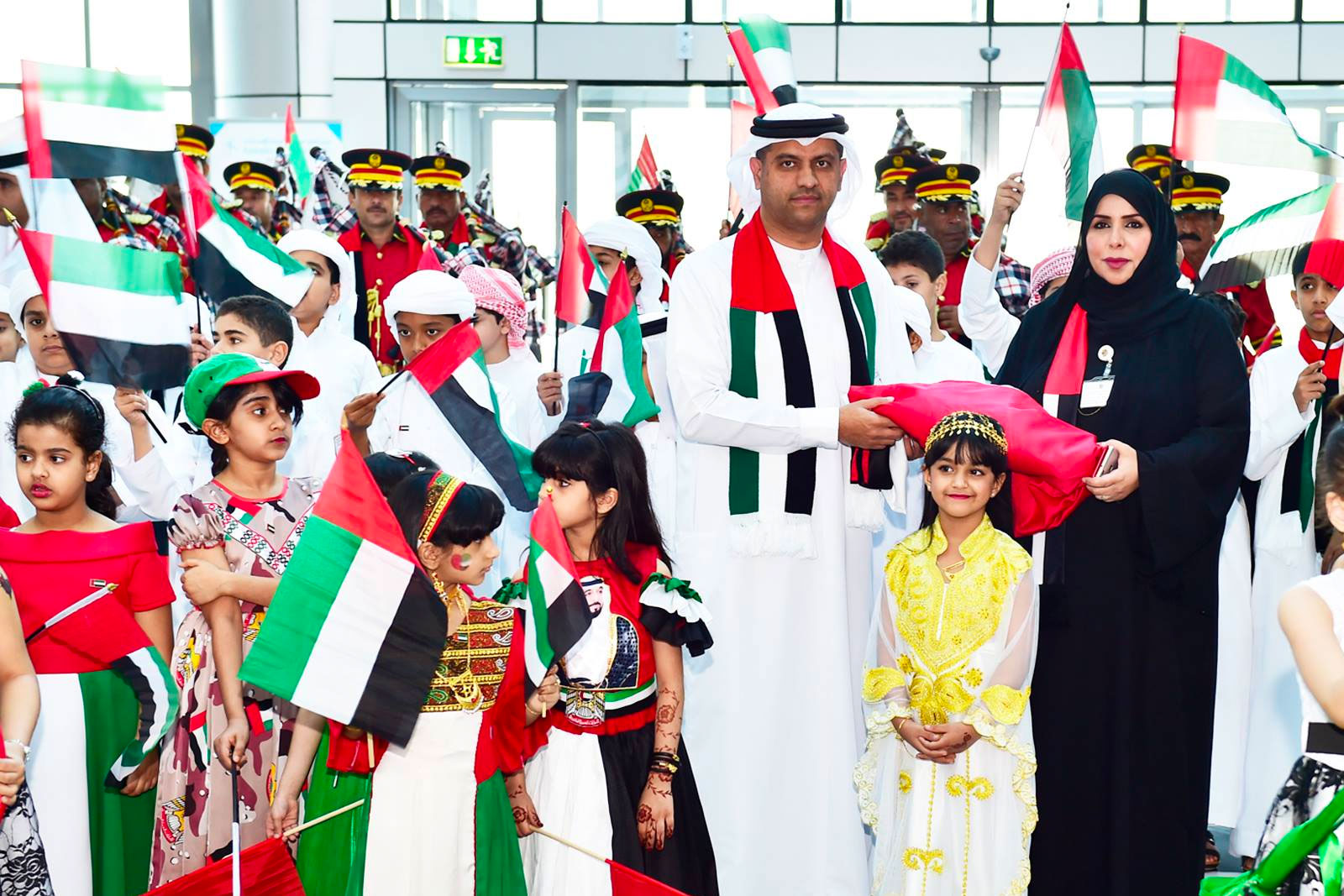